The Complete History of the Universe: A Personal Journey

Surely today will go down in history. Today, as I’m sure you’ve heard by now, the Supreme Court of the United States has ruled in favor of legalizing same sex marriage country-wide, all 50 states.

According to the Mother Jones article on this event, Justice Anthony Kennedy wrote the following in the majority decision:

No union is more profound than marriage, for it embodies the highest ideals of love, fidelity, devotion, sacrifice, and family. In forming a marital union, two people become something greater than once they were. As some of the petitioners in these cases demonstrate, marriage embodies a love that may endure even past death. It would misunderstand these men and women to say they disrespect the idea of marriage. Their plea is that they do respect it, respect it so deeply that they seek to find its fulfillment for themselves. Their hope is not to be condemned to live in loneliness, excluded from one of civilization’s oldest institutions. They ask for equal dignity in the eyes of the law. The Constitution grants them that right.

To me, there is little more that needs said on the issue.

Naturally, this doesn’t stop me from saying more!

Specifically, I wanted to respond to the following quote: 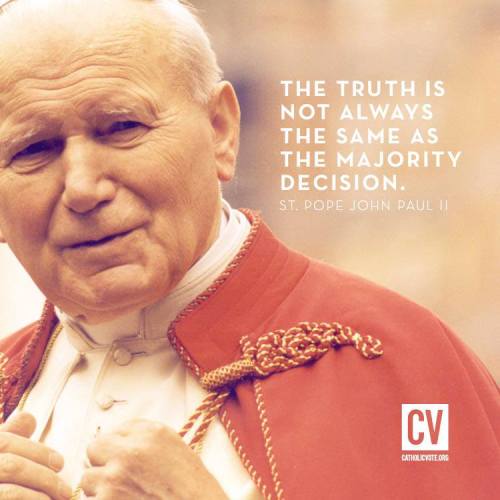 On this, the former pope and I agree. The truth is not decided by the majority decision. It is for this reason that the rights of minorities must always be protected, and that’s what this decision is all about.